Without a doubt one of the most romantic places in Rome, the Gianicolo hill is located behind Trastevere and extends to the Basilica of San Pietro. Here the view is breathtaking: the view is lost on roofs, ancient ruins, monuments and baroque domes to touch the hills surrounding the city.

Overlooking the right bank of the Tiber, it is not part of the ranks of the seven traditional hills. The eastern slope slopes down towards the river and at the base is the historic district of Trastevere, while the western one, less steep, is the oldest part of the modern district of Monteverde.

According to one of the most ancient legends of Roman mythology, the Gianicolo hill would have hosted the city founded by the god Giano, hence its name. Giano had several sons, one of whom, Tiberino, derive the name of the Tiber (Tiber in Latin).

Every day, at the top of the hill, a singular cannon shoots at noon at noon. When the city is less noisy, especially in summer, the shot can be felt up to the Esquiline.

Traditionally, visitors and lovers come to see Rome from the terrace of the beautiful church of San Pietro in Montorio, known for the Renaissance temple of Bramante: the city stretches beautiful and crowned by the Apennine chains. The dome of the Pantheon, Palazzo Farnese, the Synagogue, Villa Borghese and the Altar of the Fatherland that whiten in the background are easily recognizable.

At the end of the belvedere are placed two large reproductions of Rome’s plants seen from the Janiculum: that of Antonio Tempesta and that of Giuseppe Vasi.

Continuing the panoramic walk along Via Garibaldi, in the widening at the Fontana dell’Acqua Paola, traditionally called “Fontanone”, erected by Giovanni Fontana and Carlo Maderno for Pope Paolo V (1608 – 1612), it is outlined in the background, in the frame of Villa Borghese, Villa Medici. Continue to Piazza G. Garibaldi, from which one can enjoy one of the most superb views of the city: on the horizon the hills, against the background of which stand out the domes and bell towers of the churches and the majestic imperial ruins.

For art lovers we recommend the Tempietto del Bramante, perhaps the best example of Renaissance architecture in Rome, while for naturalists a must is definitely the Botanical Garden, with over 8,000 species of plants and the famous fountain of 11 spouts . Adjacent to the vegetable garden there is Palazzo Corsini and the Farnesina gardens with works by Caravaggio, but this is already “city” Trastevere. 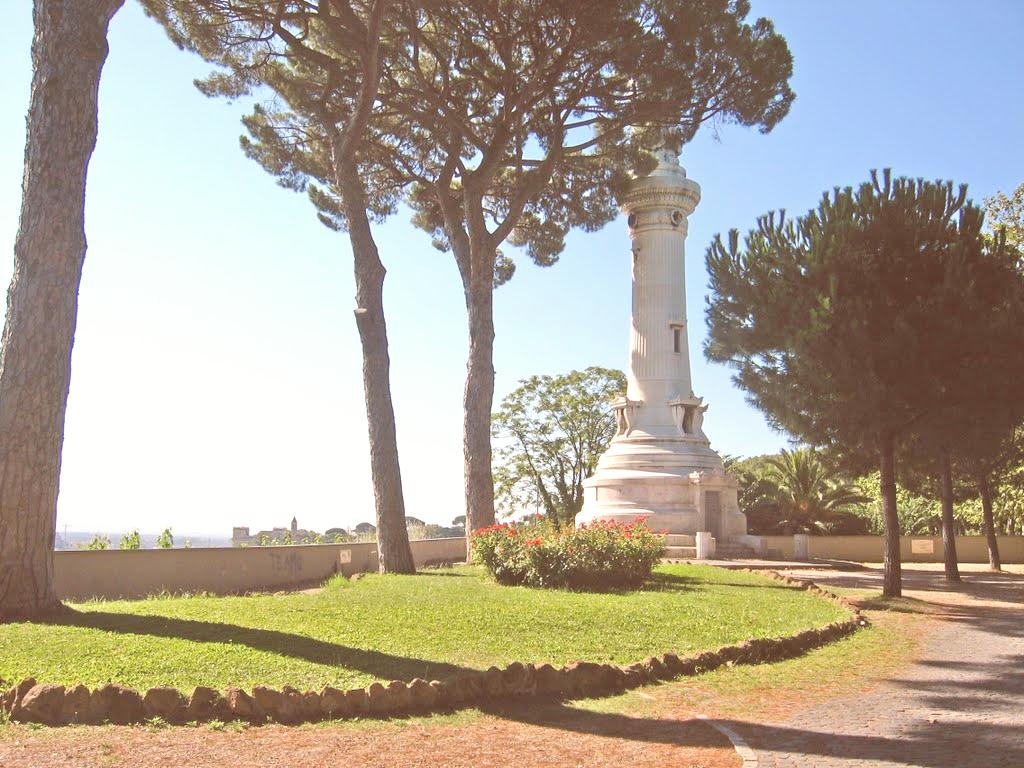